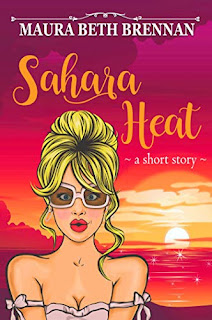 I have read other books by this author, and I am a fan. This one wasn't my favorite, not because of the story, but maybe because of how the author shared it. The main character tells a journalist who tells the reader. Still a good story, don't misunderstand my description. Sahara is quite the firecracker who knows how to get what she wants. I won't give away too many details because it's a short story, and I don't want to spoil it. Read it yourself and decide if Sahara invokes your sympathy, your amazement, perhaps, your anger? It will make you feel some of those and make you laugh. 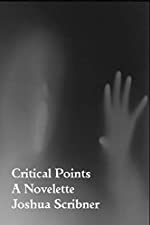 AMAZON DESCRIPTION:
Garrett is adopted at a young age by caring parents. His life becomes great, aside from a repeating nightmare and occasional attacks from an invisible presence. Can he come to understand these things? Can he survive them?

There's a lot of punch packed into this short story. At each point that Garrett faced a life-altering decision, he'd chosen correctly. Eventually, the author revealed the opposite choices and their consequences. I found it interesting, and I wanted to keep reading to figure out the "presence" that kept attacking Garrett throughout the years. I wavered between three and four stars; I felt it was a solid four most of the way through. When nearing its conclusion, things moved a little too quickly, and the explanation of the glowing being confused me. The end felt abrupt. Wait? What? I need to know more. It kept me reading; the idea was outstanding and unique, and it left me wanting more. So, if there had been a sequel, I would have read it.
AMAZON BUY LINK

"At The Edge Of The Stairs" by Phil Stephens 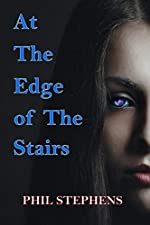 AMAZON DESCRIPTION :
At The Edge of the Stairs is a gripping tale of a young woman's love that is so strong it transcends the barrier between this dimension and the next. It is the incredible story of Crystal Maiden Arabella and Abraham Gallagher. It follows Maiden's paranormal reincarnated journey to reunite with her lover almost twenty-three years after her death.
Crystal Maiden, or Maiden as she is called, is caught in a deadly house fire with no way out. The first fire department responder on the scene is a rookie named Abraham Gallagher. With no hesitation he and fellow fighter fighters plow through the dangerous fiery maze of the first floor. There, at the edge of the stairs, he finds Maiden injured and unconscious, but alive. As he carries her out of the house to safety and lays her on the ground, a strong emotion immediately takes hold of him. Over the next several days he visits her in the hospital and falls deeply in love, as does Maiden with him. Once Maiden has recovered, they plan to get married, but their plans take a tragic turn as Maiden is killed in a car crash two weeks prior to the wedding. As she lay dying in Abraham’s arms she vows she will reincarnate herself and come back to him…and she does.

This book's description drew me in; the cover photo did as well. The idea of a paranormal romance that overcomes death with reincarnation fascinated me. That said, the author would be well-served to have an editor go through the story with a fine-toothed comb. Point of view and narration style could use a little pick-me-up. It could be pared down, weeding out long and unnecessary parts. Or, perhaps it could be turned into more than one book where each section could receive greater focus. It has too many critical errors in its current form. For example, Chief Callahan becomes Chief Gallagher while Chief Callahan and Abraham Gallagher are having a conversation.
AMAZON BUY LINK
Email ThisBlogThis!Share to TwitterShare to FacebookShare to Pinterest 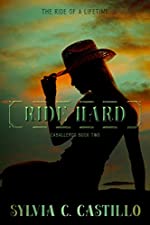 First of all, this book could benefit from the experience of an editor. The characters were over-the-top. Too much, overwhelming. The married couple's feelings are exceedingly perfect. It didn't flow smoothly; it felt abrupt, rushed. Dialogue mixed with internal thoughts felt disjointed. I didn't like professional people throwing "F" bombs - not that I think a professional person would never use the word. Still, I think they'd reserve it for private or personal situations and not in their work setting, especially when one of those is an elementary school. Some plotlines are touching and cute, especially Trinity's character- anyone who's dealt with a toddler can relate to her antics. Close-knit family and friends are lovely things, but I didn't find whatever the special ingredient is to capture my interest and make me want more.

"Peace in the Storm" by S. Jackson Rivera 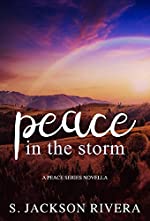 A cute romance with serious underlying problems that aren't portrayed so darkly as to overshadow the positive message in the book. A balance that entertains and keeps you reading. Jay and Gill are a couple with scars who overcome them to find a chance for love and happiness with a few comical misunderstandings thrown in the mix. I enjoyed this quick read and especially enjoyed how Incubus played in the ironic ending.

"The Perfect Witness" by Iris Johansen 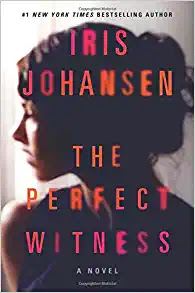 I forced myself to finish this book, hoping something would happen to redeem it and justify my time spent. I didn't like the main characters. The girl was nasty, and the guy had no depth. The implied sexual tension between a grown man and a teenager caused some problems. The interactions between people were flat and mechanical; the story repetitive and uninteresting. The whole book focused on preparing for an event that was anticlimactic and disappointing when it finally happened.
AMAZON BUY LINK
Email ThisBlogThis!Share to TwitterShare to FacebookShare to Pinterest 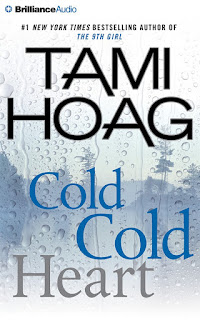 I hadn't previously read anything by Tami Hoag, but I am always searching for great new authors. Ms. Hoag certainly fulfilled my expectations. I loved COLD COLD HEART. Dana narrowly escapes a serial killer at the start and tries to focus on rebuilding her life while adjusting to 'after Dana.' 'After Dana' is disfigured, no longer beautiful, unfiltered, no longer politically correct, dark and suspicious, no longer sunny and optimistic. While sent to her childhood home to recover, her childhood best friend's disappearance resurfaces in the news. Afraid to face her demons, she becomes obsessed with remembering the details surrounding her friend Casey's tragedy and figuring out what happened to her. It leads her into the path of a different monster, and she must once again prove that where there is life, there is hope. Dana's actions and reactions while dealing with traumatic brain injury and PTSD were real and believable. Her friend's childhood boyfriend, John, also had these issues after fighting in two wars. Always a suspect for the disappearance of Casey, his highschool girlfriend, being forced to return to the town brought him back into the spotlight as Dana's return stirred up memories of the unsolved case. John was one of my favorite characters. I had figured out who was in the barrel before the author even revealed the barrel, and I thought I knew who was responsible for Casey's disappearance. Still, the author kept just enough doubt and suspicion to make me second-guess myself until the moment everything became clear. Good job; great book! 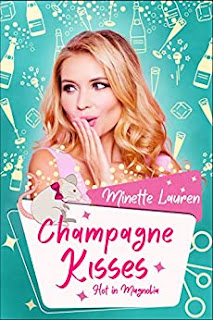 Description:
A recipe for hot dates in Magnolia...
*** A beautiful widow with a farm, three wild little boys, and too much work to handle.
*** A bar owner armed with chivalry and a dream.
*** An accident that seems destined to happen.
*** And a summer too hot to cool things down.
After crashing her minivan into Hank’s Honkey-Tonk on the way to get groceries, single mom, Lexi Nash finds herself alone with a double shot of whiskey and an intoxicating man. Down on her luck, with a ranch that’s bleeding her dry, Lexi can’t imagine what the sexy bar owner, Noah Harding, sees in her. But, after one night out, they’re tumbling into her king size bed, rumpling her satin sheets, and already having their first test of wills. Widowed and wracked with guilt about moving on, Lexi pushes Noah away, thinking there’s no way he’s the staying kind of man she needs in her complicated life. Then she reels him back in when she realizes he’s just the guy she wants. But when Noah’s cousin rolls in with a surprise guest and the truth about Noah’s past, everything goes off the rails. Can Lexi and Noah get back on track or will they end up roadkill on the highway of love?

Noah and Lexi made a good pair in this prequel. Their chemistry blazed. The tensions and obstacles of their pasts made every moment action or emotion-filled. I read it in one day. It was entertaining, and the ending left the story open for more. I would read the books in the Hot in Magnolia Series to find out what happens to these two skittish lovers. I'd also like to find out if my suspicions of the road-side hero are correct. I would have given it five "cardinals" except for the fact that Hank was so slimy that I couldn't accept his turn of character without much cause.
***This book was an Amazon purchase
AMAZON BUY LINK
Email ThisBlogThis!Share to TwitterShare to FacebookShare to Pinterest
Newer Posts Older Posts Home
Subscribe to: Posts (Atom)