This book had so much action and good intentions skidding sideways that it completely held my interest; I read it within a 24-hour period. There was a lot of violent descriptions, and I personally don't care for that but was able to skim over those pieces and not lose any of the story. Right to the very last second, I still wondered if there was a happily-ever-after in store for Ronnie. I felt sorry for her because it seemed she didn't have much control over anything in her life. When she did have control, she made bad choices, but in her final moments, she felt the ends justified the means, and she made peace with her actions. I guess in a way, that was her happily-ever-after. I enjoyed this book and recommend it. 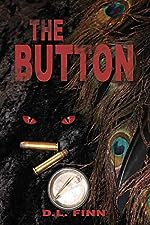 Lynn has quite an adventure in this story, along with her best friend, Stacy. She wakes up next to a dead body after a night of liberal drinking and drug use; she can't find Stacy, and she doesn't know whom to trust. Her building a tolerance to drugs played a role in the results of her situation on more than one occasion. There are several complicated relationships, visible and hidden, between the characters of the book that you may question when all is revealed. There are also good and evil forces in play. Angels who look over the girls try to help them make good decisions and positively change their outcome. I would have liked it if the story had begun with Lynn waking up in bed next to the dead guy, the beginning felt slow and a little muddled for me when the angels are discussing what has happened and what will happen. The evil entity that used the villain as a host also confused me because they were a character and had thoughts or dialogue. It's presence alone was sufficient, but I believe it began that way to conceal the identity of the villain. The significance of the title, the button involved in the book (which I won't post the phrase here:) I recall seeing those buttons as a teenager. Movie quotes and other descriptions also fit within the year of the story. Once Stacy and Lynn are reunited, they are in for a fight of their lives.

"Beckon the Ravens" by Bradon Nave

Meyrick's story begins with promise for her and Kaleb's future, and immediately, we are rooting for their success, but the universe has more suffering in store for these characters. It isn't long before one oppressor is in place of another, and the two happy lovers are separated. So much pain, loss, and mistreatment are bound to drive a person mad... right? The author dives into Meyrick's mind. A dark, macabre, and psychologically thrilling tale leaves you wondering what is real and what is not, and when it ends, you wonder if it is truly over or if there is more horror awaiting those surrounding Meyrick.

I am a fan of the Cedar Cove series, so when I came across this novel and found the description interesting, I decided to read it. Caroline's great aunts were quite sweet and funny, but their well-meaning plot was disastrous. I could bypass the idea that Caroline didn't know what the vacation was truly about until she got to the wedding ceremony. But, if you can close your eyes to how completely drunk or pea-brained she would have had to have been not to understand the nuptials she entered into, you could buy the rest of the story. Their fights were a bit juvenile, and I found it challenging to like Paul. It read quickly, though, and the Alaskan setting was new. I liked how Caroline connected with their community. I also found a scene where Caroline was forced to entertain some male locals a bit funny. All in all, not the worst book I've read, but indeed not this author's best work.

Elaborate descriptions of settings and emotions place you in the center of a moment between would-be lovers as they discover truths behind their circumstances and surrender to their attraction, a brief but alluring story. There were a few noticeable typos that I feel could be corrected when the book is only twenty-two pages long.

"The Wind Dancer" by Iris Johansen

I started reading with great hope. The idea that Lion needed a thief for a very complicated, delicate, and essential theft got my mind moving. However, once Sanchia completed the heist, things got a little strange for me. Lion decided he would keep her as a slave, even though he didn't believe in slavery, and he intended to keep her in his bed. The intimate scenes between the two of them made me uncomfortable. At points, the story would stop, so Lion could drag her to a corner and have very rough sex, because he's admittedly animalistic when it comes to his sexual appetites, and then the plot would pick up again. The book contained so much death; so many people close to the main characters died that it depressed me. I had to put the book down and go back later. I did go back, so I wanted to know how it ended. That's a plus. I also highly enjoyed the supporting character of Lorenzo. I found him much more interesting than the main character of Lion. His wit and sarcasm, and his loyalty to Caterina and Lion endeared him to me.

"Whatever It Takes" by Suzanne Burke 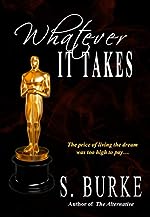 I began reading this book, and I was sucked into the story, flying through the pages and returning to it as often as I could until I'd finished it. That says a lot to me. The author painted visual settings without excess boring descriptions. The writing flowed smoothly, building and unveiling evidence- clues that made me suspicious about the identity of the villain but left me wondering how the pieces fit together. Characters proved relatable and believably interacted with each other. The depth of depravity, with all revealed, is shocking and evil. I strongly recommend this book. Well done, Ms. Burke.