'The Wild One (The De Montforte Brothers Book 1)' by Danelle Harmon: Book review by TMDG Reviews 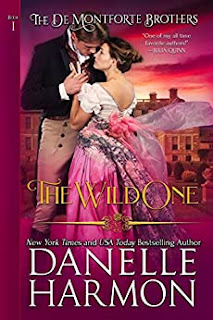 I did finish this book, but I found it challenging. Gareth and his friends were over-the-top immature, and I couldn't read much more of their nonsense. Juliet, a personable and robust character, deserved much better. The Duke's smug all-knowing personality and constant manipulation of the plot annoyed. I will not continue the series.
AMAZON BUY LINK
Interested in more reviews or to get your book reviewed? Visit TMDGReviews 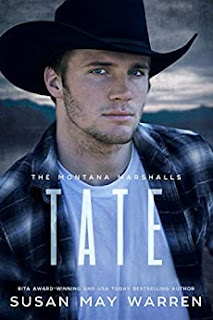 I read the previous book, KNOX, and I enjoyed it. I looked forward to reading TATE because of how the author set up the action at the end of KNOX. This book is supposed to be about Glo and Tate. I liked Tate and had reserved Glo's judgment, but setting up the next (third) book in the series consumes much of this tale. Ford and Scarlett's situation and relationship take up much time. Also, because the author wants each book suitable to be read as a stand-alone, plenty of time is spent reiterating things that have already happened, people's thoughts and conversations. I didn't like the repetition. I don't think I will continue with the next book in the series. It feels like half a story that you need to purchase the next book to complete.
AMAZON BUY LINK
Interested in more reviews or to get your book reviewed? Visit TMDGReviews
Email ThisBlogThis!Share to TwitterShare to FacebookShare to Pinterest 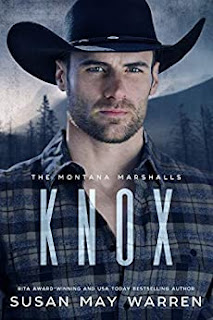 I scanned the description and downloaded the book, began reading, and got sucked into Knox's struggle to choose between the responsibility to keep his family's ranch going and the chance to fulfill his dreams. A strong, protective cowboy with possible regrets and a chance to build a new future. I sympathized with Kelsey's tragic past, and I cheered their sweet blossoming romance. The Marshall family seemed like old friends that you could call upon at any time. I appreciated the subtle religious references; it didn't feel preachy but comforting. Action boiled up frequently enough to keep the story moving and drive me to turn the pages. On a down note, some of the main characters' thoughts and phrases were repetitive. The girl band Kelsey belonged to, and the songs they sang seemed modeled after a real-life popular country group, an imitation more than something unique. A lot of time focused on building the backstory for another couple, Tate and Glo. By the end of this book, the author had drawn me into Knox's brother Tate's story, and partly because of curiosity and partly because of a cliffhanger, I wanted to read the next book. I downloaded it immediately.
AMAZON BUY LINK
Interested in more reviews or to get your book reviewed? Visit TMDGReviews
Email ThisBlogThis!Share to TwitterShare to FacebookShare to Pinterest

"The Perfect Wife" by Blake Pierce 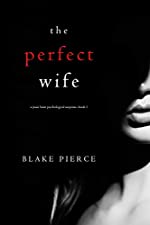 DESCRIPTION:
In THE PERFECT WIFE (A Jessie Hunt Psychological Suspense Thriller—Book One), Criminal profiler-in-training Jessie Hunt is sure she's finally put the darkness of her childhood behind her. She and her husband, Kyle, just moved from a cramped downtown Los Angeles apartment into a Westport Beach mansion. Kyle's promotion has them swimming in money. And Jessie is on the verge of getting her Master's degree in forensic psychology, the last step in her dream of becoming a criminal profiler.

But soon after their arrival, Jessie begins to notice a series of strange developments. The neighbors—and their au pairs—all seem to be hiding secrets. The mysterious yacht club Kyle is desperate to join is rife with cheating spouses, and with troubling rules of its own. And the notorious serial killer being held at the psychiatric hospital where Jessie is completing her degree seems to know more about her life than is normal—or safe.

As her world starts to unravel, Jessie begins to question everything around her—including her own sanity. Has she truly uncovered a disturbing conspiracy buried within a sunny, wealthy Southern California beach town? Does the mass murderer she's studying really somehow know the origin of her private nightmares?

Or has her tortured past finally come back to claim her?

I have read a lot of "middle-of-the-road" books lately. I haven't found one that wowed me but hoped this would be it. It wasn't. Just as Jessie, the main character, feels a continual niggling that something isn't right, but she can't put her finger on it- so too, did I feel that way when reading the story. I kept thinking; I should like this more than I do, why don't I?
It had elements lined up and capable of building a great tale, but everything and every person seemed superficial. I didn't know Jessie's husband enough to decide what kind of person he'd been before they'd moved or how he'd changed- other than Jessie's statements about how he'd changed. When he stays out at a nightclub instead of coming home for a planned dinner and fails even to call and inform Jessie that he wouldn't make it, and when she catches him using drugs, these actions are supposedly far out of character. The little community wrapped around a "yacht club" covering for prostitution felt too far-fetched. If even one wife knew what was going at that place, and all the wives gathered there for family-type functions mingling with these skimpily-clad "waitresses," I can't believe it. Not a single woman decided to cut her losses, divorce the husband, take half of everything, and escape that place? They all traded their dignity for some extra cash. Not acceptable. This whole plot point took up too much of the story, in my opinion. The backstory about her near-death experience and becoming a profiler, dealing with Crutchfield, were more interesting but less emphasized.
Two key facts were easily deduced. With the word "Junebug," I knew the relationship the serial killer of Jessie's past held with her. When Jessie woke up in the locked cabin with Natalia, I predicted how the rest of the story would play out. There wasn't enough foreshadowing of characters to make it plausible. A couple of short interrogations by Jessie about Kyle's past, and BOOM- this guy's deemed a maniac. She's a brilliant student who will be a top-notch profiler, but she lived with a guy for ten years and had no clues, no hints, no suspicions, NOTHING gave her pause about him.
The interviews with Crutchfield were way out there. I would accept that he'd known things about Jessie's past because he'd considered the serial killer who'd kidnapped her as a child his mentor, and he'd interacted with that person. I could not believe he'd take one look at her in the present and guess she was pregnant, or that she thought her husband cheated on her, or that she felt guilty about something she wasn't positive she'd done.
I would describe this as a bundle of good ideas that could have been better if executed differently. I may read the next book in the series to see if it gets better, but I'm not chomping at the bit to get to it.
AMAZON BUY LINK

"Because She Loves Me" by Mark Edwards 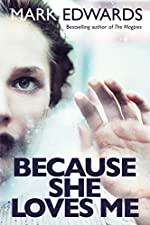 I have read a few books by this author and enjoyed them. This story grabbed me initially, set me up to believe what the author wanted me to think- Charlie was bad. I didn't like the constant sexual scenes, claiming they were so in love after only a couple of weeks, planning to move in together after a month. Charlie's outrageously jealous, nearly criminal, and definitely unbalanced actions brushed under the rug because he loved her. But these acts were forgiven as "not that bad" at the end of the book. No- those behaviors were definitely warning signs. Not normal. Not to be ignored or explained away. I liked some of the plot twists, but in the end, there were too many, and I don't feel the villain was foreshadowed enough to make it acceptable. There were two people I could have accepted as the bad guy. Neither of them turned out to be it. I didn't guess who it was, which is usually a plus, but only when after revealed, I can say, "Oh yeah, now I can see it lined up all along, building towards the truth." The author told things in the final pages to explain why that person was the criminal mastermind, but better clues sprinkled throughout the book would have made a more significant impression.