This book began slowly with the accused awaiting execution. Digby entered, and the unexplainable bible incident happened. Snap! It captured my interest. For the most part, I became invested in his character. Some issues arose further into the story. He entered a seedy club, sat in a room, put money into a box, and engaged in a peep show? That contradicted his morals, in my eyes, even though he'd removed his collar and resigned. Summer's character seemed superficial, and I didn't connect to her. She endured sexual attacks with virtually no reaction or response. Although they confess an affection for each other near the end, I didn't feel any chemistry between them. The real murderer became known earlier in the book than I'd expected. I liked that John Moorcroft, wrongly convicted and executed, continued to be a character and played a role in the development. There was a moment in the final steps where the exposed villain held onto hope that he would avoid the noose, and it led to a satisfying ending. 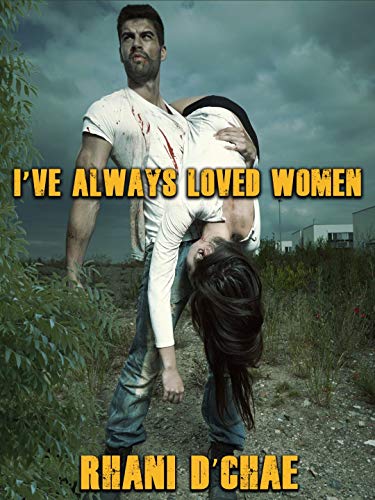 If you don't mind entering the mind of a twisted killer- after all, it's scary in there, then this is a read you'll enjoy. The title and the cover photo are contradictory, which drew my interest. Worried at first there would be content that would be too overwhelming for me, I downloaded it anyway and gave it a try. I'm glad I did. The fact that Danny wanted to save Kat from an abusive relationship and the way Kat kept stringing him along actually made me feel sorry for a man whom you will find committed some dastardly things in the name of mercy. I don't want to give away too much of this short story, so read it for yourself.

"A LONG WALK HOME: A Christmas Novelette" by D.L. Finn 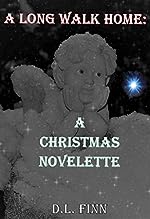 Imagine a holiday scene: the setting of a battle between good versus evil, despair versus hope. I liked the presence of the angels watching over Kenzie and keeping her safe. Kenzie's emotional trauma caused by her boyfriend throwing her over for her best friend during her favorite time of year evoked some sympathy for her character. Her reactions and interactions with the friend who betrayed her felt awkward, and they both contemplated suicide over the same slimy guy- maybe pushed it a little far. I didn't like that the angels foretold happenings, and then they happened after you already knew they would. 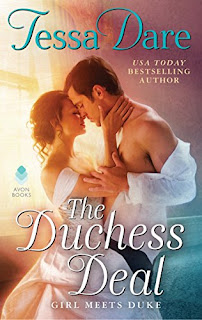 Although some reviewers complained that this book wasn't compliant with the era said to encompass, I still loved this story! The main characters' depth and imagination impressed. Witty repartee and chemistry abounded between Ash and Emma; their teasing banter made me laugh, and heated love scenes burned up the pages. Each had emotional wounds and sympathetic backstories that shaped their personalities and kept them from surrendering to their feelings; Ash's physical scars held him captive in a world of loneliness. Although he cast himself in the role of a monster, his kind tenderness and intellectual curse words won me over. Several whacky sub-characters also rose; even the cat had a persona that added to the amusement. Yes, it contained silliness, and I didn't always believe the era portrayed factually, but it entertained.

Someone to Wed (The Westcott Series Book 3) by Mary Balogh

Alexander Westcott inherited a dilapidated estate, and even though he had considered recently searching for love and getting married, he realized he must wed a rich woman to revive his property and all the people who rely on him under the establishment. Wren Heyden believed no man would marry her for any reason besides financial gain because of a purple birthmark that covered the left side of her face. Since she was a wealthy heiress, she decided to purchase a husband, for she longed to be a wife and mother, not just a successful businesswoman. Alexander Westcott happened to make her shortlist of potential husbands; he found her offer of matrimony strange and offensive and refused to marry for money alone - there must be something else between them, a liking, respect, possibly an affection. Alex and Wren's characters and their arrangement captured my attention. The story, however, had difficulty holding it. Their conversations often repeated- what one person said replayed in the other person's thoughts, and often, it could be whole paragraphs of previously read material. Too many additional characters clouded the mix, and I kept thinking: this isn't your story, why do I have to read pages and pages about you? One character's entrance added some comedy, that was Harry Wescott returning delirious from the Peninsula. Another scene I enjoyed was when Alex stood up for Wren against her mother's henchmen. I was itching for a fight, but all they could do was dangle. I could have enjoyed this book much more with fewer characters and fewer pages.