Murders By the Book by Robert W. Harris 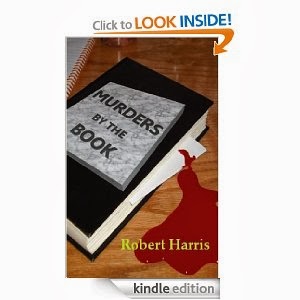 Description as on Amazon:

When a man is strangled on the campus of Felton University, librarian Jane Hall believes it may have something to do with a note she came across earlier in the day. It’s just an intriguing possibility until a close friend is injured during a second murder attempt two days later. Then it becomes a personal challenge: the killer must be stopped. But as Jane begins to put the pieces together, it also becomes a personal challenge for the killer, who is only days away from a comfortable retirement: Jane Hall must not interfere.

MY REVIEW:
The book lead me to believe the culprit had to be one of a certain set of people right off the bat, and then there was no twist to surprise me with a new unsuspected character. I found it hard to believe they kept putting the notes back in the book, and nobody took real measures to see who was coming and going, or who could be retrieving the murder instructions.
There were redundant pages of second thoughts, and explaining how the characters felt, or what they knew as far as the investigation went so far. Also, the client and killers' names were not known and so there was a tedious description, similar to "The man who hired the killer to kill this person and that person did this..." many times.
I had difficulty believing in the assassin's character, as far as their "skills" went and how and why there were doing what they did even with a tiny bit of an explanation as to what drove their appetite to kill, especially in their current profession. I guess, I am a little disappointed because I didn't feel deeply. I didn't feel love or passion, hate or remorse, and I didn't feel anything when people died.
There came a point when I had the ending figured out. It was just, plunk, there you go.
The book didn't really have any grit.