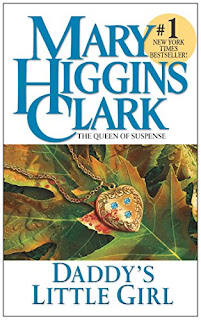 Many stories start with a crime or murder, and you spend your time reading and trying to piece together information to name the perpetrator. In this one, the bad guy, Rob, goes to jail, but he protests his innocence for twenty-two years. His victim's younger sister, Ellie, found the body. She grows up to be an investigative journalist. Ellie realizes Rob's parole is inevitable. He wants a new trial based on a witness's testimony; he's built a website to spin his public profile in a positive light and plans to have his conviction erased. Ellie decides to construct a responding webpage to show the real darkness of his character. I enjoyed the battle between the adult Ellie and Rob. The fight to prove his guilt once and for all hinged on a detail she remembered when she was five that everyone thought was not an accurate memory. Getting to the truth built a suspenseful and dangerous plot. Mary Higgins Clark has satisfied with an enjoyable read.