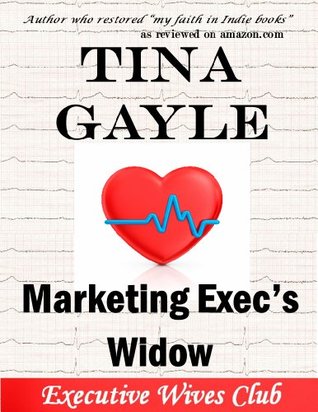 Four women came together to share their burden of grief. Their husbands, all executives of the same company, died in a tragic accident. They formed the Executive Wives Club and met once a week. I got to know a little bit about all of them, but this story focuses on Jen, who is ready to move on with her life and stop mourning. She has secrets about her marriage to Craig. Sometimes, what goes on behind closed doors is shockingly different than what the world sees. She meets Hagan through her real estate job and is so attracted to him she could melt on the spot. She has a dysfunctional family of in-laws and an adorably loveable dog. The story is so engaging and leads right into the next book. I immediately downloaded the following book in the series because I liked it so much!
Email ThisBlogThis!Share to TwitterShare to FacebookShare to Pinterest
Newer Post Older Post Home